Greetings to our many NDPP Coaches and Program Coordinators! Hopefully you were able to join one of two webinars: “DPRP Office Hours: DPRP Umbrella Organization Agreement and Application”, which took place on two Thursdays, February 13th and 20th.

For those that did attend, it was very informative….and wow, what an opportunity for smaller organizations. Did you know, according to the CDC/DPRP, “Most of the in-person organizations in the DPRP Registry serve less than 30 participants per year?” Knowing this, it is not surprising then, that it is not uncommon for these smaller organizations to struggle with billing/claims and at times, meeting the DPRP requirements for full recognition. Program goals are much easier to meet when an organization has multiple cohorts, where aggregate data is examined for earning full recognition. These are some of the main reasons the umbrella opportunity was created.

For those that were not able to attend, you will find a brief summary, along with several screenshots, which address and explain the main points of an umbrella agreement. As soon as the slide deck is made available, it will be posted on the State of Wellness Resources Page, where you will now find the Umbrella Application and Guidance Document (Resource Category: CDC Recognition/DPP Data Submission). Read below for some of the main take aways from the webinar:

2. What is the Umbrella Agreement?

NOTE: More guidance is coming from DPRP, including FAQ document. CDC will work with subsidiaries if wanting to pull out of umbrella after required 2 year commitment.

Your DPP: Addressing the Stress during the COVID-19 Outbreak

Keeping our Participants…”In the Game!”

ENGAGEMENT and RETENTION! In ALL Delivery Modes!

Keeping our Participants…”In the Game!”

State of Wellness, Inc. provides access to health and wellness information and self-help services at your specific direction. We are not a health care provider or a substitute for a physician. We cannot provide any kind of advice, explanation, opinion, or recommendation about possible medical care or treatments. | 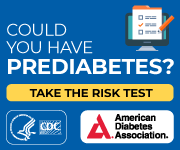 State of Wellness is a 501c3 nonprofit organization